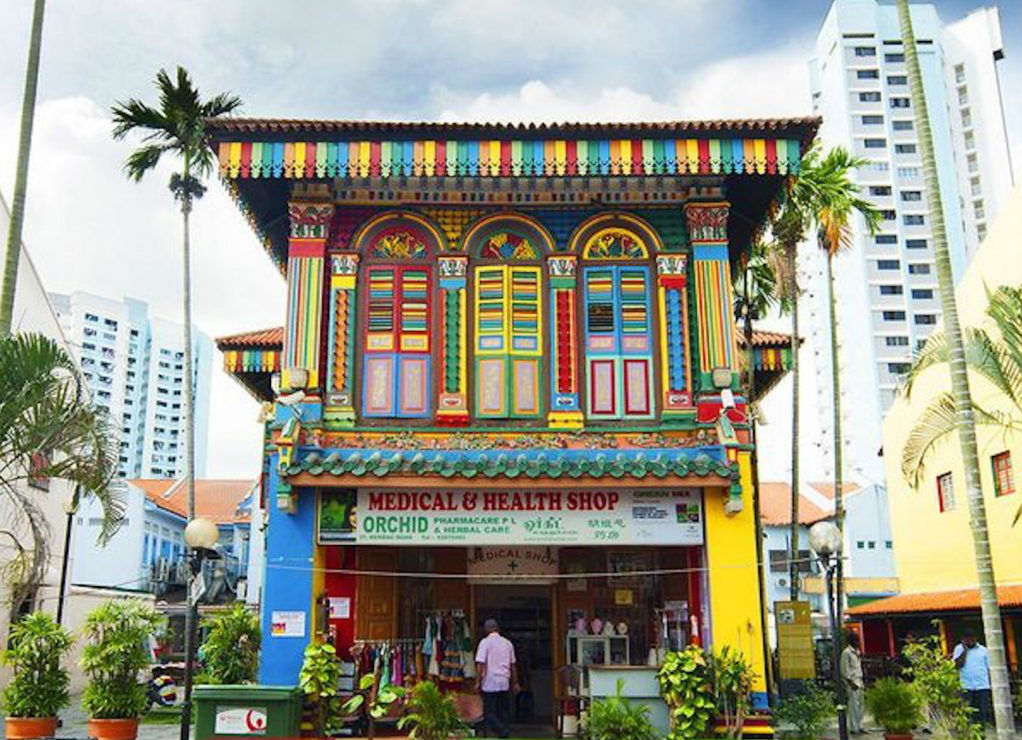 [AdSense-B]
1. Little India
Contrary to stereotypes, this ethnic district, also known as Tekka, is actually very diverse. There are various houses of worship that cover the spectrum of religions – including Mosques, Hindu as well as Buddhist Temples, and even a Methodist Church – and lots of shops and restaurants to try out. It’s also worth your time during cultural festivals such as those that take place during Diwali Season (mid-October through mid-November). 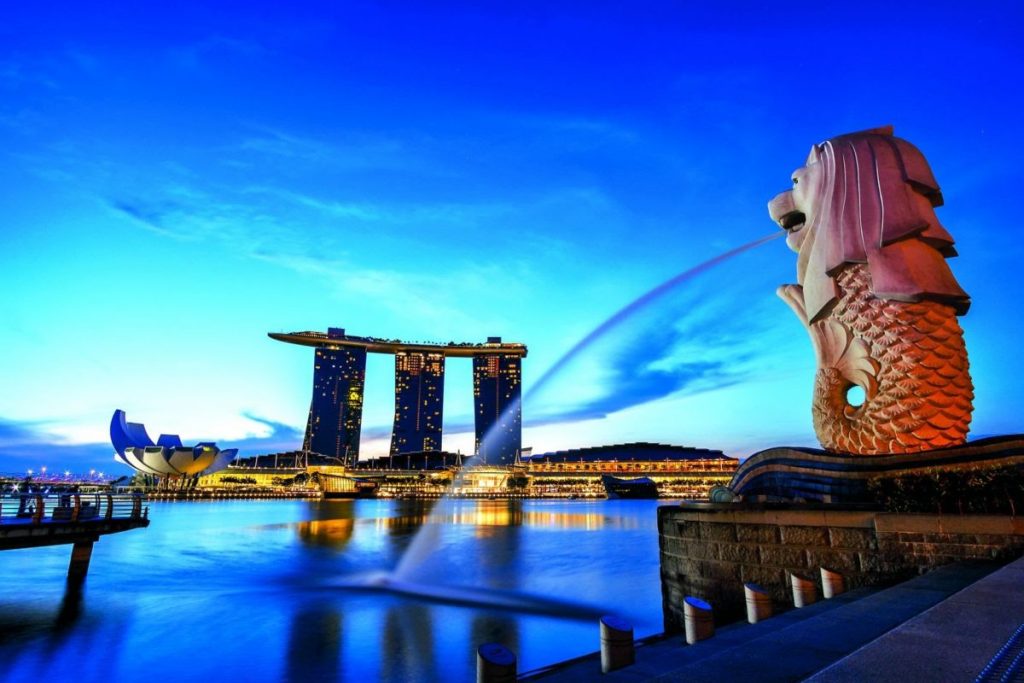 [AdSense-B]
2. Merlion Park
Do you believe in Merlions? We’re talkin’ half fish, half lion, guys. If not, once you visit Merlion Park you’ll have no choice but to believe in the impossible. This 28 foot statue is a sight to behold as you walk through the park, located along Marina Bay. You’re probably thinking, “Can Merlions have children?” Well, there’s a smaller statue nearby called Merlion cub, so apparently yes. 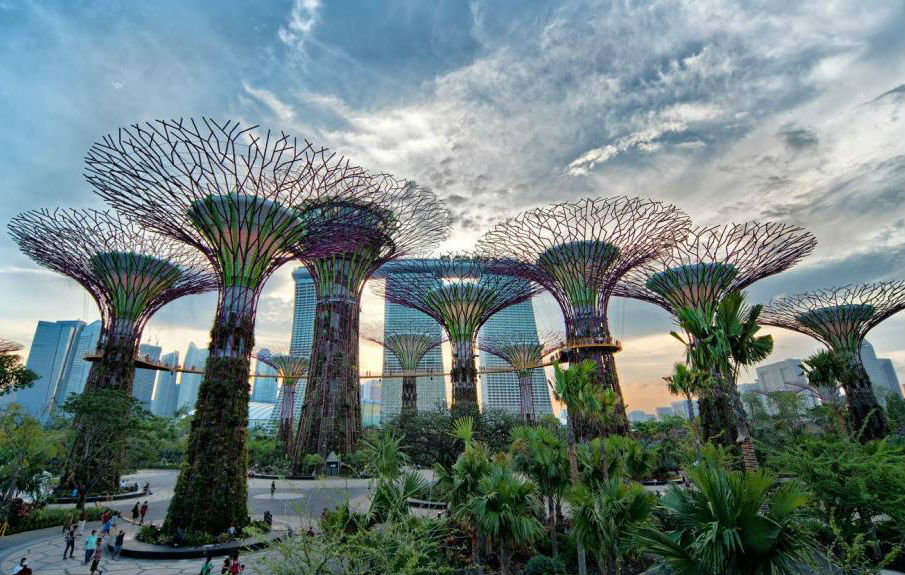 [AdSense-B]
3. Gardens By the Bay
If you’re looking for a jungle experience without leaving the city, The Gardens By the Bay is the ideal place. You’ll find yourself in the Supertree Grove, which features 18 tall trees that support the OCBC Skyway, a 419-foot-long aerial walkway that allows you to soak in views of the surrounding gardens and Marina Bay. You can also visit Flower Dome and Cloud Forest. Just keep in mind that there are separate fees to enter these parks. But come on, who cares about money when you’re on vacation? 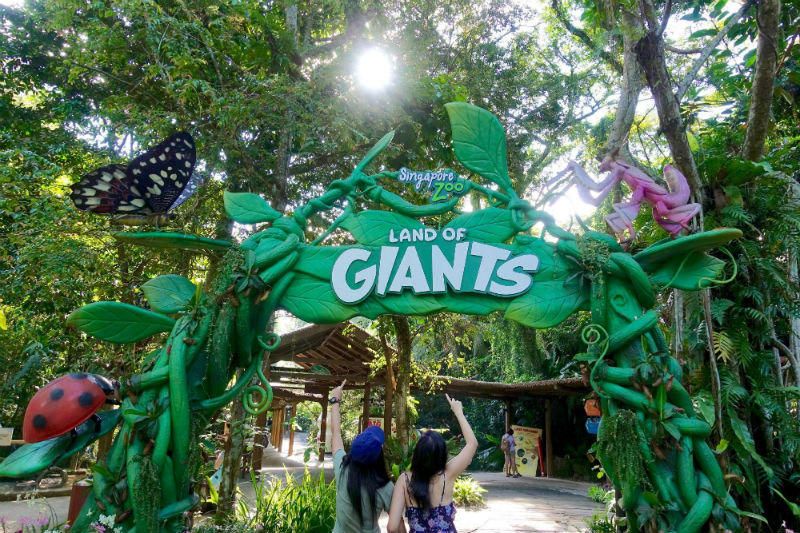 [AdSense-B]
4. Singapore Zoo
You’ll find 315 different species of animals here. The basement is full of meerkats now. The zoo even houses the largest captive colony of orangutans in the world. One of the key features of this park is the natural “open” exhibits containing hidden barriers and moats so that you get a close look without worrying about the rhinos and wolverines actually mauling you. 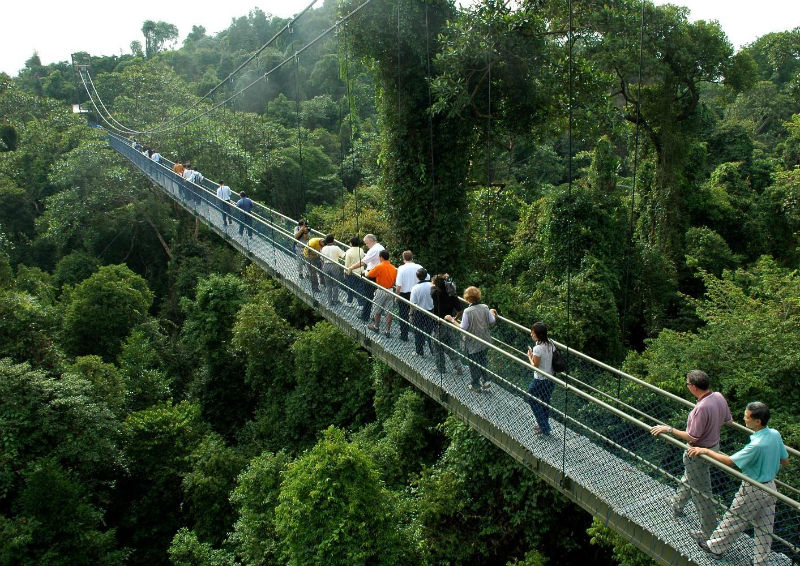 [AdSense-B]
5. MacRitchie Nature Trail
This six mile trail that includes a really high suspended bridge is the perfect way to enjoy the jungle experience. It gets a bit steep at times and you might come across some vipers and other creepy things. Also, there are monkeys about and they’re always up to no good, so be careful!!! That’s advice you probably hear all the time, no?